I watched in horror as you roughed up, man-handled and bully-ragged members of the media, citizens and an Elected Representative today. As far as you are concerned you were doing your duty and I guess the need for excessive force had to be sanctioned by your Government Leaders. In your effort to remove Hon. Espat, you all are climbing over chairs in the house, dragging Hon. Espat has created the biggest disrespect in the Hon. House. I don’t think you guys should have allowed any sitting Government to have you sink so low.

If you are paying attention the same thing was done when it was time to get rid of the Musa Government. What happened then? Some of you were pinpointed, targeted and then transferred, put in position to punish, no promotion because you violated members of this same party you are now protecting. It is hard for me to fathom that you are now participating in the same thing again, don’t you think that your future will be at stake if and when a Government change? More so, have you all seen a significant development in your living conditions and benefits. Do you think that live will change for you all? At the end of the day you just get hated by the same communities you are there to protect & serve.

I am sure that the Speaker could have called a recess in the house and have an Officer sensibly ask Hon. Espat not to return and avoid the bullshit the world now sees on Television. My thoughts are about when Hon. Marcel Cardona, who was a sitting Minister of this Government was stoned in the house by some party fanatic sitting in the Gallery, I don’t remember the Police rushing or dragging that person out of the house or even arresting him.

You see my officers and fellow brothers, a lot of you know your fate and condition in your jobs, you are aware of the kisses by favor in which promotions are done. You are aware of the move to readily separate some of you from your families. You have seen time and time again the thanklessness in your dedication to your jobs. Stop allowing the system to turn you all into monster under the guise that you will be protected, promoted or transferred to where you think you want to go.

Come together and start demanding better Health benefits for yourselves and your family, start demanding that the working conditions and spaces in your Police Stations, especially the bathrooms get a face lift and many other conditions of your employment that can become better. And you all know that I hold one of your Officers near and dear to my heart. You can all do better. 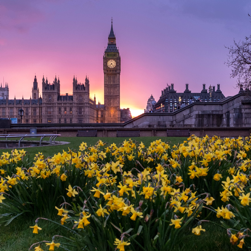 The events that transpired yesterday in the National Assembly, our House of Representatives was equally embarrassing as it was unnecessary.

The blame might lean more on one side than the other… but make no flippin mistake , no one in that room was blameless. The representatives and the speaker have gradually and purposefully tolerated the increasing antics in the house. Though now we are all ashamed of how it ended it, we all played a part in what transpired. First, by supporting and putting people with no behavior in positions to represent us; Second by clapping, laughing, chanting and posting when insults are thrown across the floor .

We condone this nonsense when we laughing and clambering and posting about the drug-dealer jokes, the ‘normal’ jokes, the pig jokes, the bukut jokes, the thief jokes.

I cannot speak to character of the Hon Rep from Cayo South nor can I speak to the Speaker on a personal level , because I know none of them. However, what I saw was a Speaker who selectively decides which insults, slurs and disparaging remarks he will allow in the house; and an Area Rep who has quite a temper and should have done the proper thing and left when he was named.

Mind you, if the Rep from Cayo South was named for the comment (I don’t think the comment was particularly kosher, but far worse language has been used in the House of late) he made to the Speaker, then certainly other members on both sides are long-overdue their suspension. The House is no place for egos and certainly no place to be ‘sucking teeth’ at Officials, or dragging, shoving and hauling grown men about. And no place for petty beefing.

Being named is nothing nice, to be suspended from the House you were duly elected to be in. To be silenced when you are speaking for your people. So I agree Mr. Espat should have taken his own bloody time to leave, law enforcement should not have dragged him out in that manner. What was the urgency really? Was there another House meeting scheduled after in that same room? Was there a bomb in the building?! Pretty sure the answer is no.

What we should be fighting about is Guatemala and why we have not DEMANDED an apology at the regional and international level. Their officials and military carried out a malicious witch-hunt against the integrity pf our Nation and its defenders , and now their lies and misdeeds have been brought to light and we just let that slide! Protest that rass!

And in case we all forgot… September is literally around the corner, what we got fu celebrate?!

Despite all the severe issues our country is facing, there is still so much potential here, our land, our people, we have what it takes… we just need to take our flippin heads out the sand.